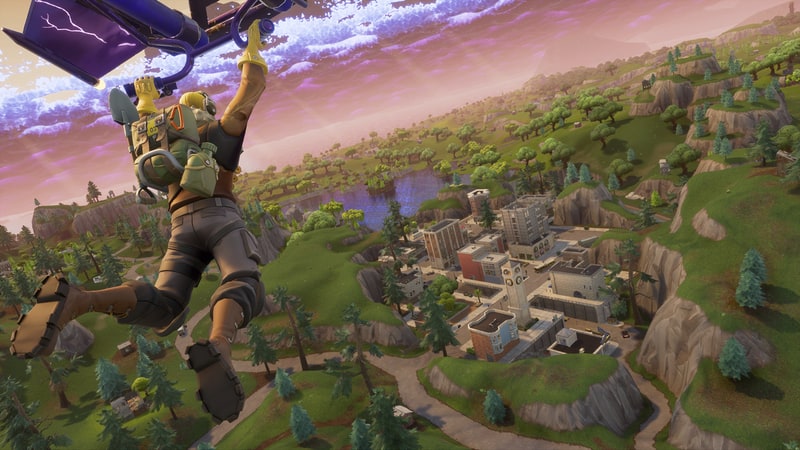 To be specific, the new game mode will include Thanos, the mad titan and chief architect of evil throughout the MCU’s 19 movie cinematic run. In the new game mode, players will be able to collect the Infinity Stones—powerful objects critical to Thanos’ quests in the movie franchise—littered around the map. Once collected, the player will reportedly transform into Thanos himself and get a significant power boost.

It’s difficult to speculate exactly how the player will perform and what powers they might access while wielding all Infinity Stones. If it’s anything like the film, however, you can be sure whoever collects the stones will be a terrifying foe to face.

The new game mode will be available free to all players on Wednesday, May 8 across all platforms. We’re unsure how long this game mode will last, but perhaps we’ll see some of the actual Avengers showing off their skills. After all, we’ve already seen Drake and other celebrities say they’re huge fans of the game.

Fortnite rose to meteoric success in only a few short months. What its millions of players might not all realize, however, is that before the launch of the massively successful Battle Royale game mode, Fortnite was likely on the brink of extinction. Originally conceived as a zombie survival game that combines elements of crafting, base building, and cooperating with team members, Fortnite was originally an entirely different game. The Battle Royale mode now has 100 players skydiving onto a large island arena. As a deadly storm continuously shrinks the playable zone, only one person left standing can win the game. As of this month, more than 40 million people have downloaded and are playing Fortnite.

“Since we launched Battle Royale at the end of September last year, to hear people say we’re basically one of the biggest, if not the biggest Battle Royale games in the western world in terms of numbers of player is amazing,” says lead systems designer Eric Williamson of Epic Games. “We’re really excited about the number of players and how much they like the game.”

In case you’ve been living under a rock and haven’t paid attention to the news at all, here’s a quick rundown on what the new Avengers film is about.

Avengers: Infinity War is the culmination of an 18 film narrative spanning superheroes and teams across time and space. Two tears after the events of Captain America: Civil War, which saw heavy-hitters like Iron Man and Captain America duke it out while their friendship fractured, the Avengers must once again join forces to stop a terrifying new threat. Thanos, the long-running villain of the franchise has finally arrived on Earth to collect the Infinity Stones, relics of immense power that allow him to shape reality to his will. Alongside Thor, the Hulk, and the Guardians of the Galaxy, the world’s mightiest heroes will need to stop Thanos before he wipes out half the universe.

Are you a Fortnite fanatic? Have you played the new game mode yet? Let us know what you think in the comments!