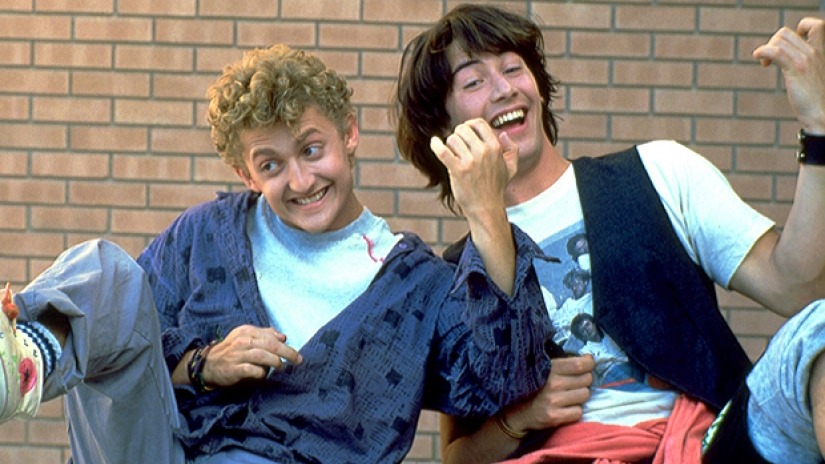 In a world of reboots, endless sequels, and old series coming back from the dead to grant our TVs, theaters, and streaming services with one last hoorah, this latest entry might not be the best—but certainly rocks the hardest.

After a lot of talk about an upcoming third film, the third installment of the Bill & Ted saga has received the green light. Nearly three decades after the original Bill & Ted’s Excellent Adventure, the threequel will see stars Keanu Reeves and Alex Winter reprise their titular characters.

An official synopsis from the studio announced that the new film will see the classic duo facing their hardest adventure yet—life as a middle-aged family men. The Wyld Stallyns are making their return tour, but it seems that the tunes might be a bit different this time around.

The upcoming movie, currently titled Bill & Ted Face the Music, is based on a script by the franchise's original creators, Chris Matheson and Ed Solomon. Dean Parisot, who helmed the criminally underrated Galaxy Quest, is onboard to direct. It sounds, in the immortal words of the film's heroes, most bodacious.

“We couldn’t be more excited to get the whole band back together again,” Reeves and Winter said in a statement. “Chris and Ed wrote an amazing script, and with Dean at the helm we’ve got a dream team!”

The sequel will reportedly show our heroes a few decades after graduating from high school, their adventures traveling through time squarely in the past. Bill and Ted, now middle-aged, are struggling to live up to Rufus’s prophecy (who was played by the late comedy legend George Carlin). The pressure of being unable to write a hit song and unite the world with the power of rock spurs the team to action once more.

Check out the footage of the announcement here.

Alex Winter, who stars as Bill S. Preston Esquire has remained hopeful about the success of this new film. The weariness most audiences have for other reboots, he explains, isn’t present here.

“The whole trajectory of getting the next one off the ground has been pretty much exactly like the experience of getting the original,” explained Winter. “Going to every studio, and they’re like, ‘What the eff is this?’ It’s this kind of independent spirit, and the films have an anachronistic quality to them that’s a big part of what they are, fundamentally. I’m really happy that this one is the same. It doesn’t feel like some stale knockoff that a studio would have immediately gone, ‘Oh, this feels right. We have rebranded very successfully.’”

Are you excited for the next Bill & Ted movie like we are? Sound off in the comments! 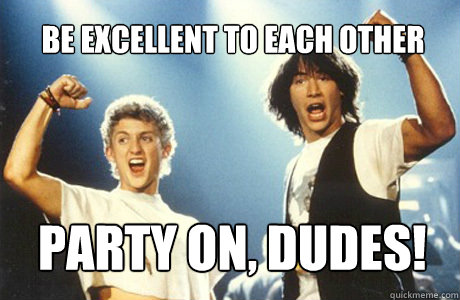