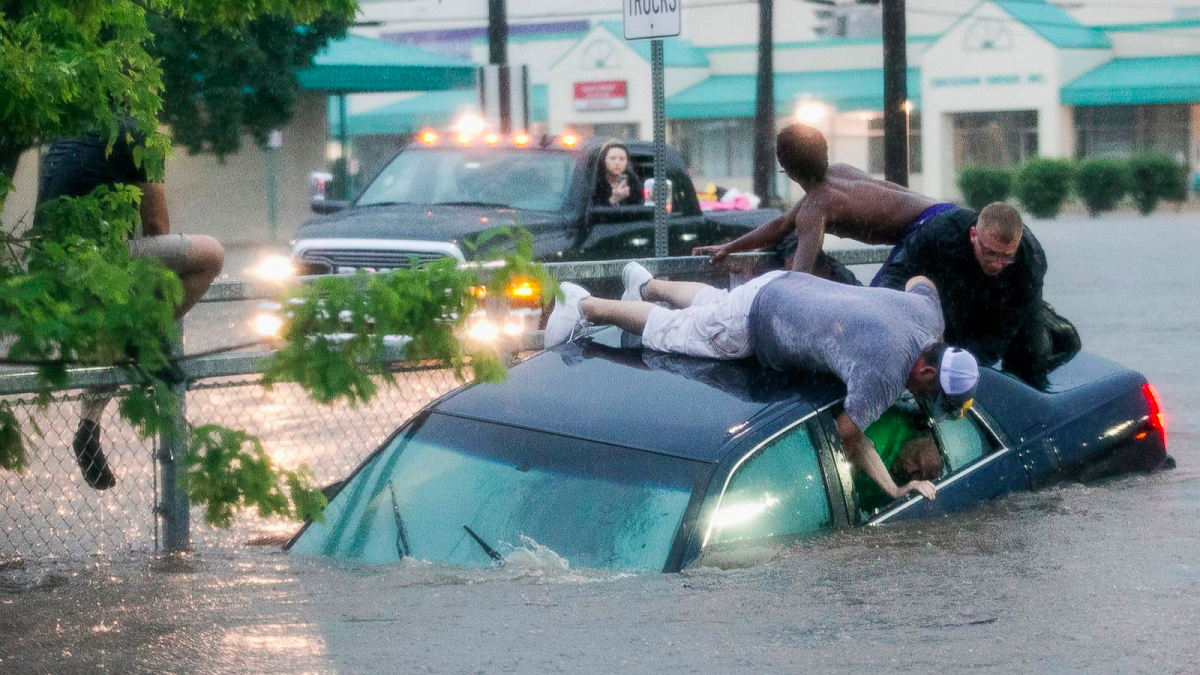 Tropical moisture from the Gulf will bring more scattered downpours to the Houston area Wednesday and Thursday. While Texans are still rebuilding after hurricane Harvey, they again face the risk of flash floods.

Since Tuesday, the southeastern coast of the state has been afflicted with heavy rains. Flash flood watches are in effect for areas south of Houston to Brownsville, which is down by the Mexican Border. As the rain intensifies, flood warnings have been appearing across the state. The weather service expects rainfall rates of 1 to 3 inches per hour with higher amounts possible in some areas.

The National Weather Service tweeted that showers and thunderstorms are forecast to continue through Thursday. National Weather Service meteorologist Penny Zabel in Corpus Christi said Wednesday that there have been no reports of injuries, but that several people have been rescued from their vehicles because of high water. The rain will be bringing cooler weather to the Houston area but at a high cost. 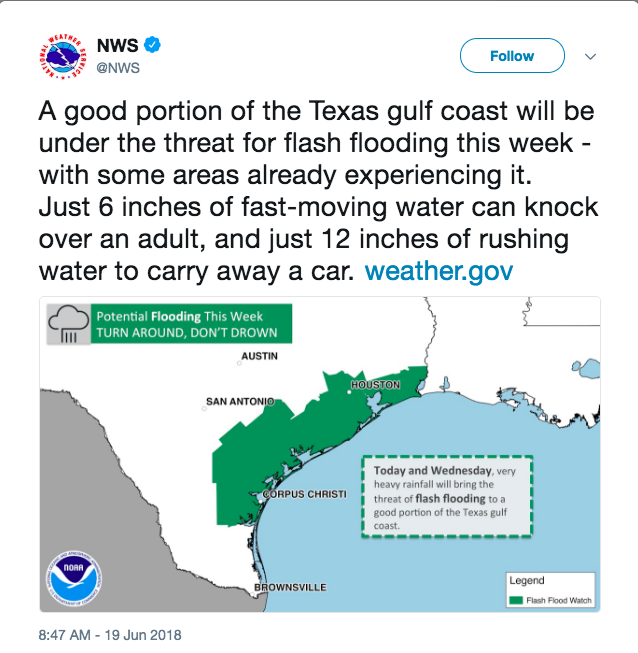 Port Arthur, north of Houston, was devastated by the August floods, was yet again swamped by water. Cars Looked like boats on the road. A Flash Flood Watch is in effect until 7 PM for parts of southeast Texas. Fewer storms will develop on Thursday, but even then rain will be heavy if a thundershower develops.

There have been no reports of injuries, but as stated before, several people have been rescued from their vehicles because of high water. Texas Governor Greg Abbott has ordered the State Operations Center (SOC) to elevate its readiness level as heavy rain and storms continue to impact our coast. This raises the level of the SOC from level IV (normal conditions) to Level III.

“Texas is no stranger to this type of severe weather, and our emergency personnel are ready and well prepared to respond," said Governor Abbott. "Our number one priority is the safety and well being of Texans, and I encourage everyone in the affected areas to stay safe and heed all warnings from local officials. I thank those involved in the response efforts, and I want to assure all Texans that we are closely monitoring the situation and will continue to provide all resources necessary."

Greg Abbott, the governor, said in the news release that the number one priority is the safety and well-being of Texans, adding:

"I encourage everyone in the affected areas to stay safe and heed all warnings from local officials."

The governor said that Texas is no stranger to this type of severe weather. Hurricane Harvey was the most powerful hurricane to hit Texas in 50 years. It destroyed thousands of houses, displaces thousands of people, and killed at least 88 people. It’s important to stay safe, and stay informed.

Houston residents can report storm impacts to the City by calling 3-1-1 (713.837.0311), online at houston311.org, or through the Houston 311 mobile app for smartphones. If you find yourself trapped in rising water, immediately exit your vehicle and seek higher ground.