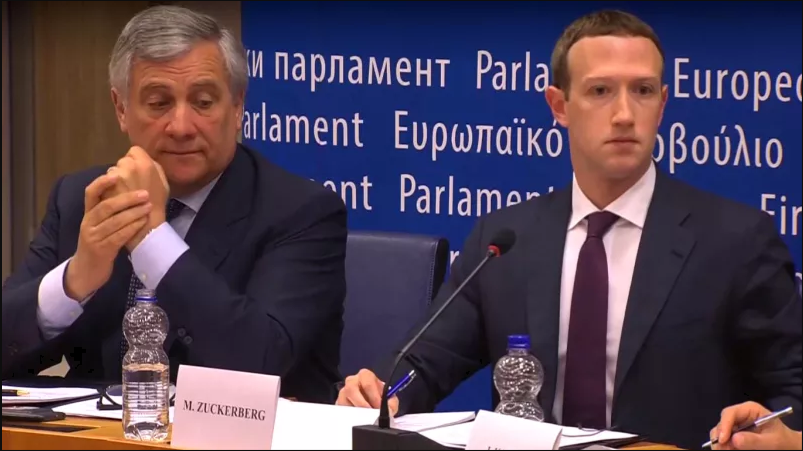 Rounding out Facebook mogul Mark Zuckerberg’s worldwide apology tour for the Cambridge Analytica data scandal, the Parliament held a 75-minute meeting with the tech giant’s leader earlier this week. In short: things didn’t go so well, and many parliament officials left the hearing pissed at Zuckerberg’s meager responses or outright dodging the question.

Here’s a quick recap for those that need a refresher. In early March it was revealed that Cambridge Analytica, a marketing analytics company in the United Kingdom had improperly harvested and utilized data from millions of Facebook users which may have been leveraged in Trump’s 2016 presidential candidacy. A reported 87 million users had their personal information and that of their friends and contacts collected through them by a personality quiz app on the Facebook platform which was then given to the marketing company.

Fingers everywhere were suddenly pointed at Facebook, with public outrage wondering how exactly Facebook managed to acquire all of this data. More importantly, people were demanding to know what exactly Facebook was doing with this information and the extent to which it is distributed to affiliates within the social media company’s massive network.

Calling for blood, Zuckerberg stood before the U.S. Congress earlier last month for two days to give answers. It didn’t go so well, as instead of getting to the root of the underlying issues Congress members dithered on about basic social media functionality and inquiries that barely scratched the surface. Besides a few sparse questions, Zuckerberg left those hearings unscathed and relatively victorious. 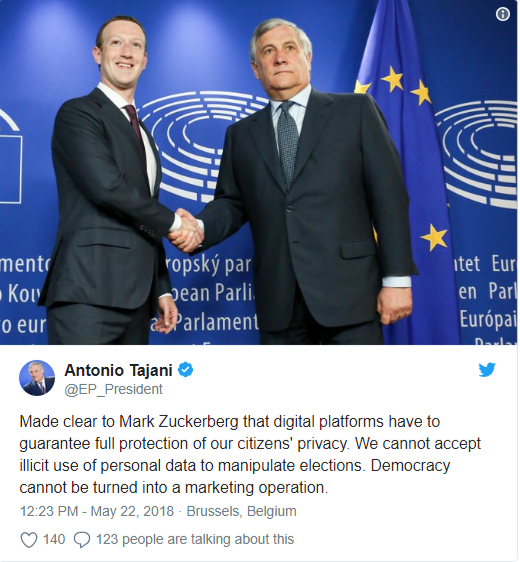 Earlier this week, it was the European Parliament’s turn to ask questions. When the 75-minute meeting came to a close, several members felt dissatisfied with the proceedings.

"The format of the meeting was a farce, not allowing for any back and forth between Zuckerberg and the members of parliament," Udo Bullmann, chair of the Group of the Progressive Alliance of Socialists and Democrats in the European Parliament, said in a statement following the hearing. "What this meeting made clear is that 75 minutes in a small and exclusive circle is not enough to shed light on the biggest data scandal in recent history."

Zuckerberg’s hearing consisted of approximately one hour of questions fielded by Parliament members with less than 10 minutes of answers from the social media head. According to sources at the time, this format was specifically requested by the parliament’s president Antonio Tajani. Ska Keller, co-head of the Greens-European Free Alliance group in the European Parliament explained his thoughts in a phone interview with CNBC earlier this week.

"That was facilitated by the format, that there was no possibility to ask follow-up questions so that was definitely a very big problem created by the parliament's president.” 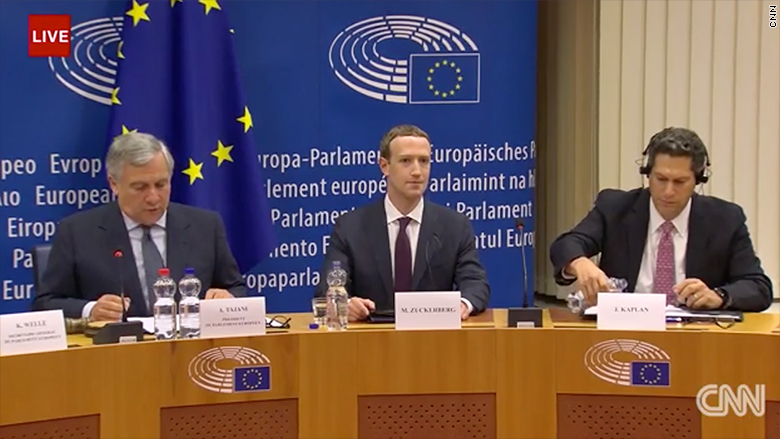 Indeed, the leaders of European Parliament’s political groups had some hard-hitting questions for Zuckerberg. Some even followed up on questions raised by the Senate that have remained unanswered since April.

Most questioners seemed to have a better grasp of the issues at hand than the majority of Congress. And the majority of the questions were quite specific, such as, “Will Facebook allow all users to completely opt-out of targeted advertising?” But the format that was chosen completely screwed up any chance of getting a straight answer from Zuckerberg.

Instead of responding to individual questions raised by each Parliament member, Zuckerberg instead grouped them into generalized themes and regurgitated his canned remarks he had prepared in the months coming up to this meeting.

“There were a lot of specific questions that I didn’t get to specifically answer,” Zuckerberg lamented as the session went over its time.

When he mentioned he was pleased that he could address the ‘high-level areas’ of everyone’s concerns, various members began pointing out which questions went unanswered. Specifically, Zuckerberg dodged questions related to the shadow-profiles Facebook allegedly creates on its users and on those who don’t have a Facebook account but still use services that fall within the social media company’s network.

In the end, no one seemed satisfied, but Zuckerberg’s team made the promise to follow-up on unanswered questions in writing. Perhaps we’ll finally get some answers?