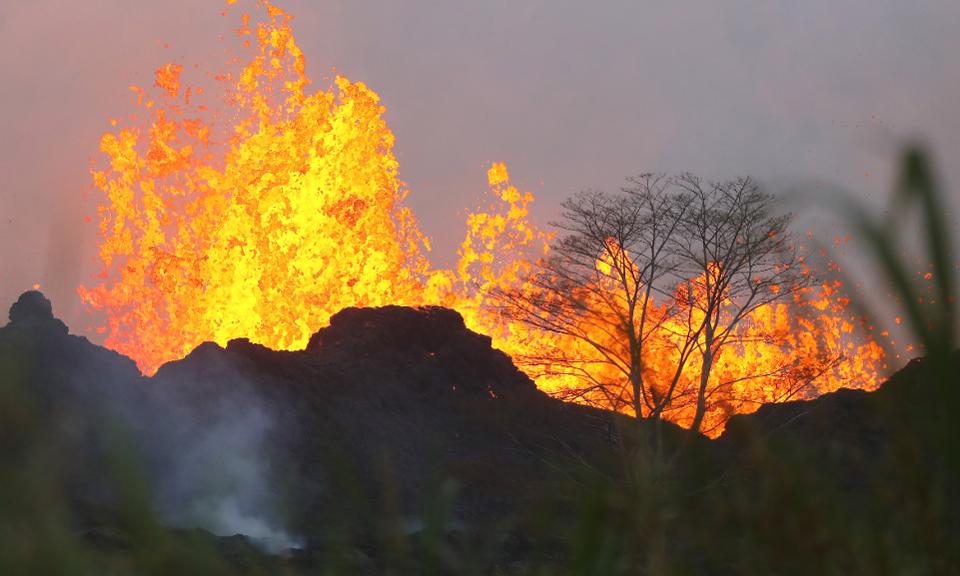 Residents and tourists of Hawaii are facing new dangers as lava from the Kilauea volcano on the Big Island has now hit the Pacific Ocean, blasting dangerous chemicals and glass particles into the air. The volcano has continued to burst lava since its initial eruption on May 3.

The destruction wrought by the lava flows have been setting homes, roads, and miles of land ablaze. This weekend alone the volcano erupted at least twice, launching a cloud of ash at one point that reached up to 10,000 feet high. The volcano has caused almost two dozen fissures to crack the Earth's surface open -- purging fountains of lava and dangerous sulfur dioxide.

Although many of the residents from the Leilani Estates—the initial point of contact for the lava flow—and the surrounding area have fled, the United States Geological Survey urges people to act with caution and stay alert.

"At any time, the activity may again become more explosive, increasing the intensity of ash production and producing ballistic projectiles very near the vent," said the USGS. "Communities downwind should be prepared for ashfall as long as this activity continues."

Beyond frequent earthquakes, which number in the hundreds since the initial volcanic eruption, and the toxic fumes from the fissure vents, fresh problems have arisen for Hawaii citizens as the lava flow finally reached the Pacific Ocean. Thick hazardous clouds, known as ‘laze,’ forms when molten lava hits seawater, releasing hydrochloric acid and glass particles into the air. 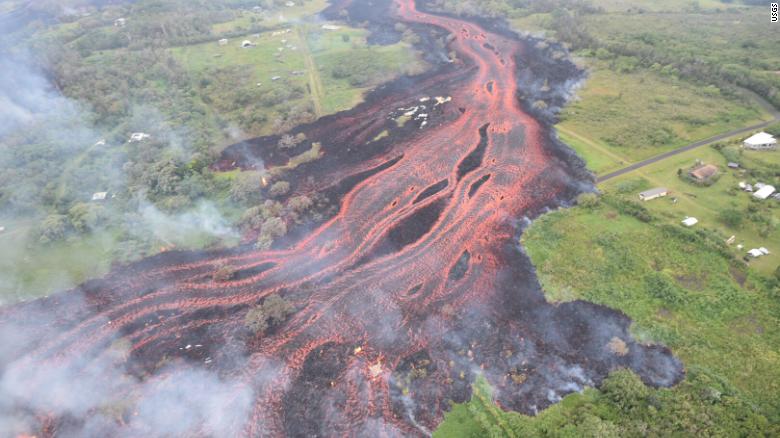 The USGS describes laze as a ‘hot, corrosive, gas mixture’ that can cause irritation to the eyes, throat, and lungs, and make hazardous breathing conditions.

"Stay away from any ocean plume. The plume travels with the wind and can change direction without warning," Hawaii's Civil Defense Agency said.

Sunday also marked the first serious injury reported during the several-week-long affair when a man was hit by a ‘lava spatter’ while sitting on his balcony. Lava spatters, which are molten rock projectiles that can weigh as much as a refrigerator, seriously injured a man at his residence.

"It hit him on the shin and shattered everything there down on his leg," a spokeswoman for the county mayor said of the incident.

Additional hazards can be created as lava enters the ocean, including scalding hot water and new land formations as the lava hits the cooler water.

"The land formed during the process -- we call it the lava delta -- can be very unstable. It can break off without any warning. It can cause waves of hot water to wash back on the shore. It's very important for people to stay away from that area. It's very dynamic and very dangerous," said Ken Rubin, the Geology and Geophysics department chair at the University of Hawaii.

Scientists report that Kilauea has been erupting nearly continuously since 1983, either underground or in a more controlled state. Considerable property damage has been caused in the past, citing the destruction of the town of Kalapana in 1990. More than two dozen houses and buildings have been destroyed in these recent eruptions.