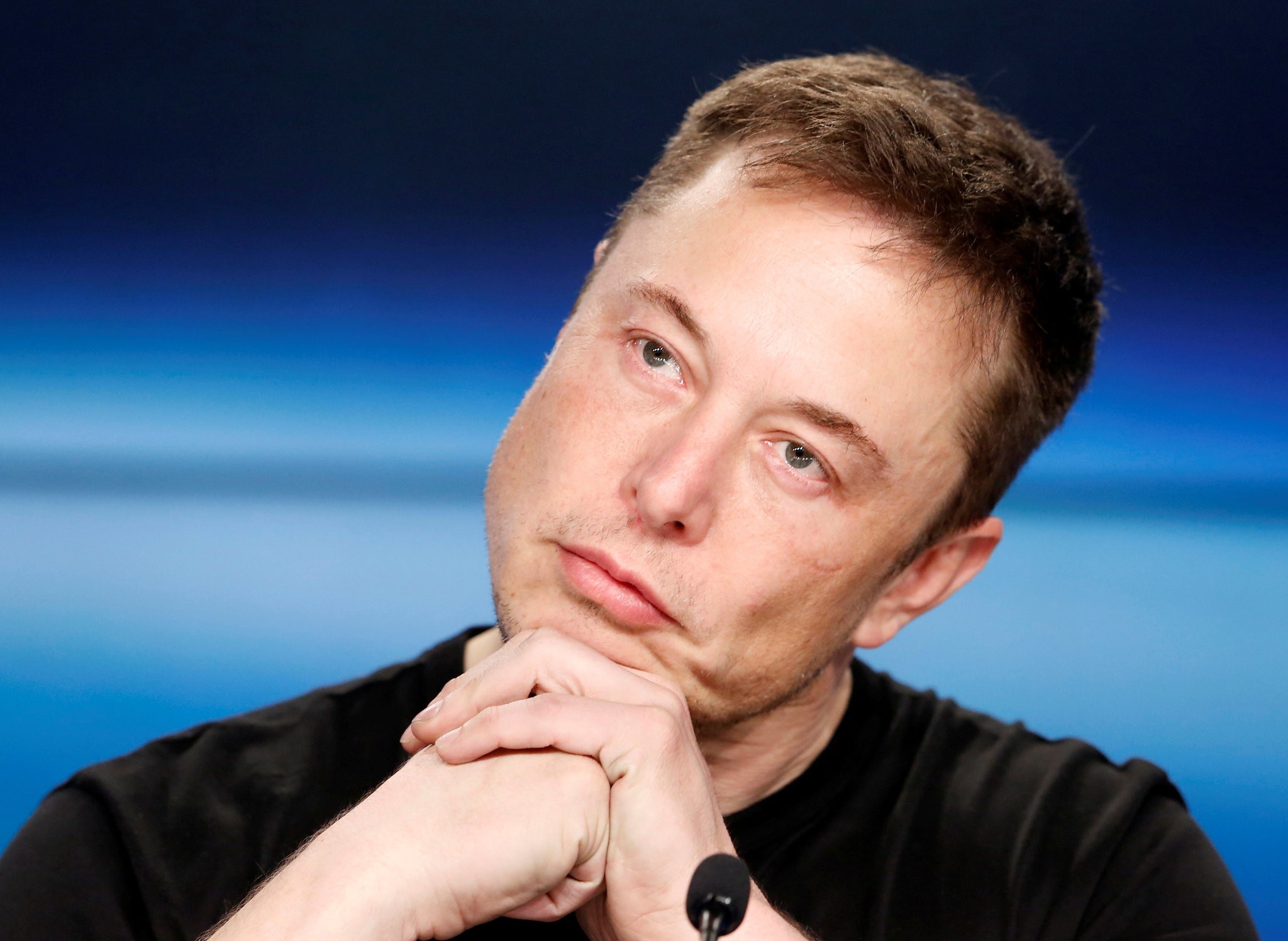 Elon Musk, the CEO of Tesla and SpaceX, has launched a heated Twitter standoff with the American news media. The meltdown targeted reporters and news outlets he accused of being face news who published stories intended to sabotage his businesses.

In the wake of a series of negative headlines questioning the legitimacy of both of Musk’s companies, the CEO fired off a storm of angry tweets that ranged from frustrated to inane to confusing. Perhaps the man just needed to vent. The problems Musk had been facing include delays in the production of the latest series of Tesla cars, deadly crashes, financial inquiries into Tesla’s ability to pay off its debt. 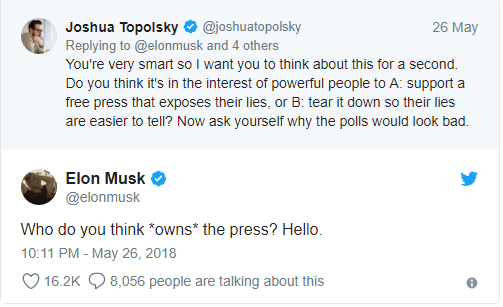 Musk’s tweets peaked when the CEO pondered whether to build a website akin to Rotten Tomatoes news outlets. On the theoretical website, consumers can rate and score the truth of articles from each journalist.

“Going to create a site where the public can rate the core truth of any article & track the credibility score over time of each journalist, editor & publication. Thinking of calling it Pravda …”

It’s an effort to push for the holy goal of journalistic integrity and objectivity any ethical reporter should strive for within the constraints of the company he or she is employed in. Musk set up a Twitter poll asking his followers whether the proposed site was a good idea.

In his Twitter poll, 88 percent said his proposed site “would be good,” while 12 percent say “no, the media are awesome.” More than 680,000 votes were cast, but of course, this reflects Musk’s nearly 22 million Twitter followers, most of whom are presumably fans.

"It's not a crackpot idea, the question is why Elon Musk should be the one running it and how trustworthy would it be if he ran it." Said Siva Vaidhyanathan, a media studies professor at the University of Virginia.

The basis for much of Musk’s claims against the news media is the drive to score article clicks or video views by any means necessary. There is truth in Musk’s words. The digital era spurred an unforetold shift in how people consume the news—and journalists and outlets had to adapt to meet those demands. Newspaper and magazine publications dropped, and radio broadcasts went off the air in favor of driving readers and listeners to online web pages.

In order to float the business and generate revenue in lieu of selling physical papers, media companies use advertising and subscription services. Alongside the openly political ideologies of some of the owners and reporters of some outlets (Jeff Bezos is a known liberal and owns the Washington Post), it’s not much of a stretch to think that journalists are being told to use increasingly enticing headlines and frame the narrative of an article in a light that earns more clicks, likes, and shares. The broader online circulation of an article, the higher chance of a person clicking on an advertisement.

"[P]lease stop assuming I'm against all journalists," Musk said in one tweet. "This is not true. Something needs to be done to improve public trust in media."

Not everything is as it seems, of course. Musk’s frustration with the media may be an indirect response to mounting pressure from Wall Street investors, an investigative report on cases of management at Tesla factories sweeping safety issues under the rug, and negative headlines about Tesla crashes and automated driving.

What are your thoughts about Elon Musk’s Twitter crusade against the news media? Should journalists and news organizations have an independent watchdog to track their credibility? If so, should Elon Musk be at the helm?