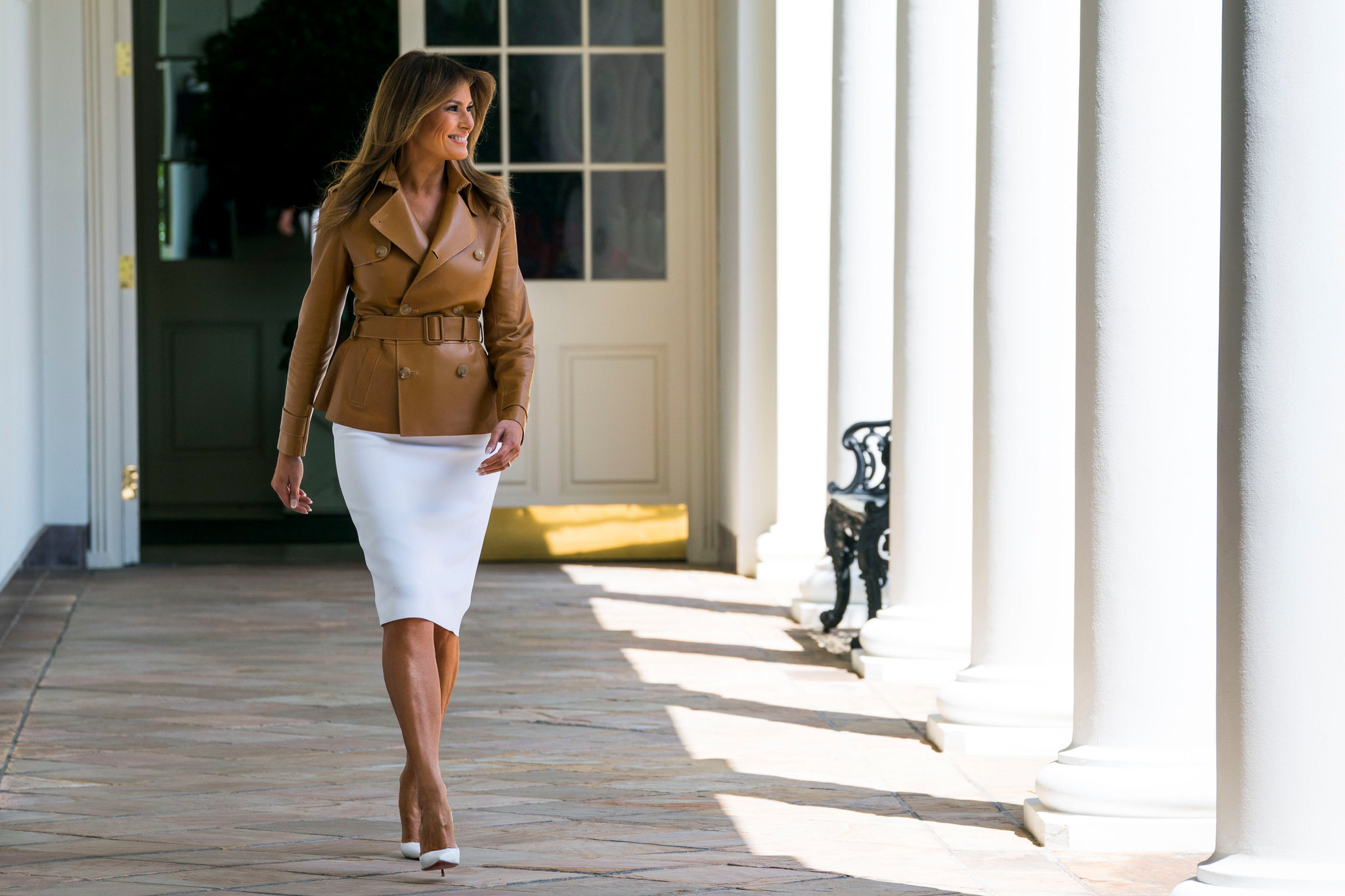 It’s been a productive week for the Trump family thus far, and we still have so much more to go through. While most news media outlets shared their shock and outrage over the controversy President Trump flared when he disinvited the Philadelphia Eagles’ victory celebration at the White House, only concern and skepticism have been shown to the resident FLOTUS after vanishing from the public eye for 24 days.

After more than three weeks out of the public eye, first lady Melania Trump appeared at a White House Event Monday for military families. She used the opportunity to dissuade and clarify the speculation that had run wild since it was first announced that she was undergoing treatment for a benign kidney condition.

"Mrs. Trump has always been a strong and independent woman who puts her family, and certainly her health above all else, and that won't change over a rabid press corps," said Trump’s communications director Stephanie Grisham. "She's confident in what she is doing and in her role, and knows the rest is just speculation and nonsense."

While under most pretexts, people who write it off as a run-of-the-mill occurrence and get back to the more important things in life. But this is the real world! Here, we hypothesize and speculate on all manner of inane things to scratch our endless curiosity. The real scoop here: was there an underlying agenda or secret reason behind Melania Trump’s disappearance?

The tweet was met with skepticism from the online community, many thinking the First Lady was not the one to write it. Amidst the concern and cries for more information, one artist preferred to look at the whole situation in a brighter, funnier perspective. Posting the picture seen below, the artist, named Felipe Sobreiro rearranged the structure of Trump’s tweet so that the first letter of each line spelled out the word ‘Help.’

The parody tweet was not an official message by the FLOTUS but has received a positive response online through likes and shares.

The lack of the first lady’s presence, as discussed above, is telling. It’s the first time a woman in her position of power took such a long absence from the public spotlight, with little word to explain why or what she had been doing during the more than three weeks.

Anyone following the ongoing affairs between the President and First Lady know that Melania has a record of being fickle in where she makes an appearance. Rumors and speculation first arose when Trump’s office released a statement that she was undergoing treatment for a benign kidney procedure—which experts say is typically performed on conscious patients and takes between 45 to 90 minutes.

So why the long absence?

“I would say that I hope that when she is ready she’ll come out and tell the American public about what condition she has and what happened,” Dr. Vassalotti, chief medical officer at the National Kidney Foundation.

Unfortunately, the event Melania attended Monday was closed off to most journalists. In addition, the first lady mentioned that she will not be attending the historic summit between President Trump and North Korean leader Kim Jong-Un.

Although the mystery persists, we may have to realize that Melania may never reveal what was really going on. Maybe she just needed a break?